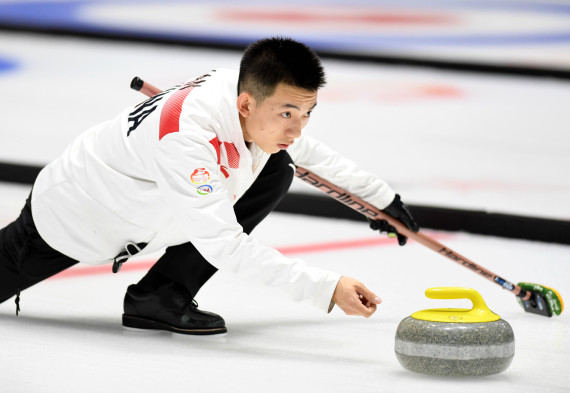 Xinhua News Agency, Beijing, October 7th (Reporters Zheng Zhi and Liang Jinxiong) The seven-day "National Day Ice and Snow Music" national curling team competition was successfully completed in Beijing Shougang Park on the 7th, turning the tide and the team beat the squadron. , To win the match one round in advance.

The names of the two teams were voted by netizens in the previous "Team name is yours" solicitation. This competition refers to the "Continental Cup" competition system of the international curling competition. The current national training team players are divided into two teams. Each team includes a group of 4 men (or 5), a group of 4 women, and a group of mixed. With two players, the team can get corresponding points from penalty kicks and matches in each round. The team with the highest total points wins the championship. The competition is divided into three competitions, regular male and female four and mixed doubles competitions.

In the 12th round of the game on the morning of the 7th, the turnaround team won three games and won three penalty kicks, accumulating 27 points. On one hit, the squadron won two games and two penalty kicks accumulating 18 points. The former has a total of points. Has reached 246 points, more than half of the 468 points totaled in the event. The outcome of the game has been determined, so the final 13th round of the game was changed to an exhibition match. Yang Ying/Ling Zhi of the team turned the tide against Zhao Ruiyi/Wang Zhiyu of the squadron. The former scored 5 points in the start and once led by 7:1. The latter continued to chase points to narrow the gap, and Yang Ying played the last shot and held the victory. After the August "Skills Competition·Challenge Base Camp", the Chinese curling team competed again with victory as the end of the game.

After 7 days, 13 rounds and 47 games of fierce competition, in the end, the 11 athletes of the turnaround team led by the foreign teacher Marco defeated the 10 players of the squadron led by the foreign teacher Seren with a 246:102 advantage. This is also one of the 8 events in the 5 arenas of the China National Ice and Snow National Training Team in the team series competition during the National Day. (Finish)